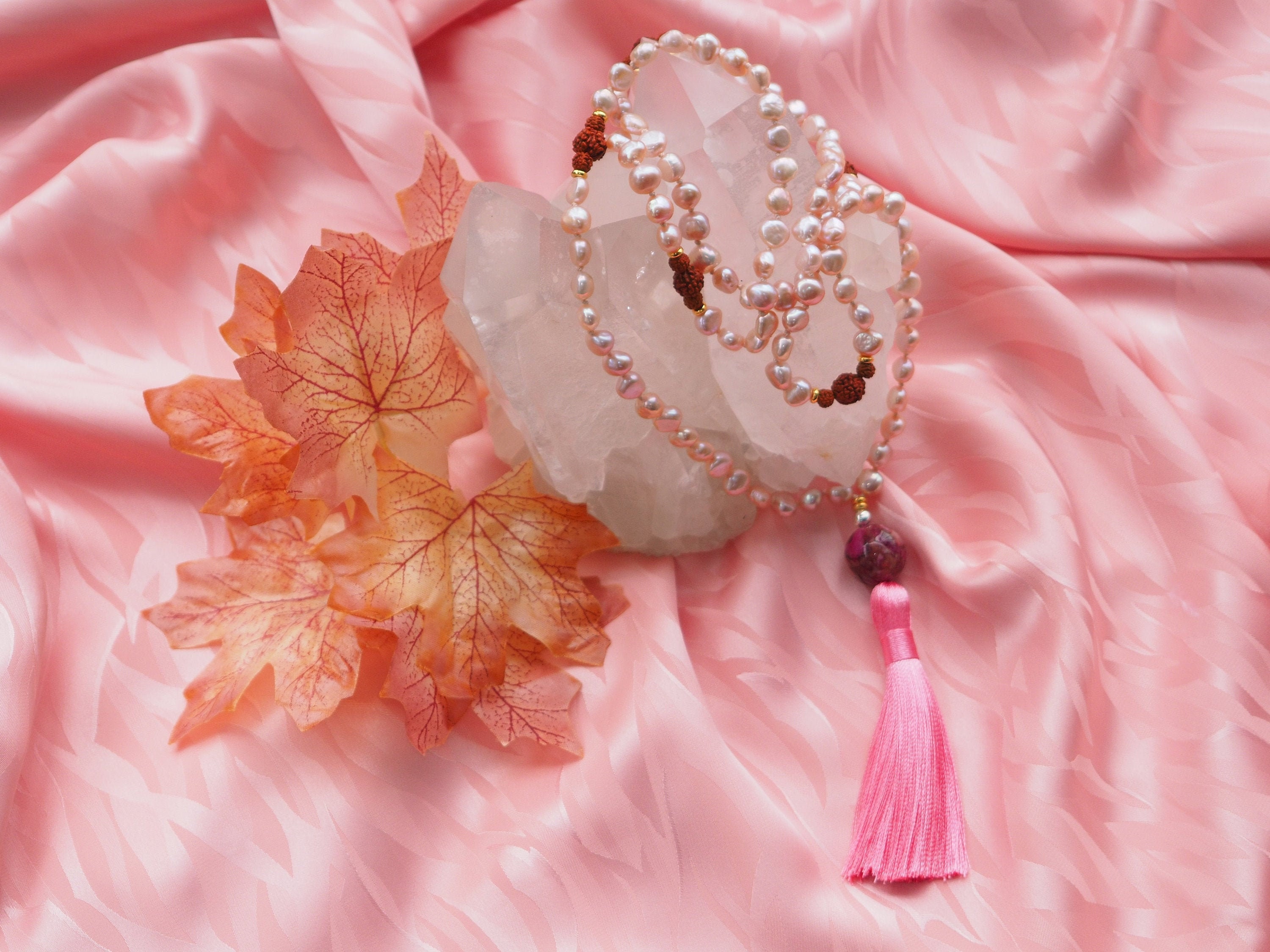 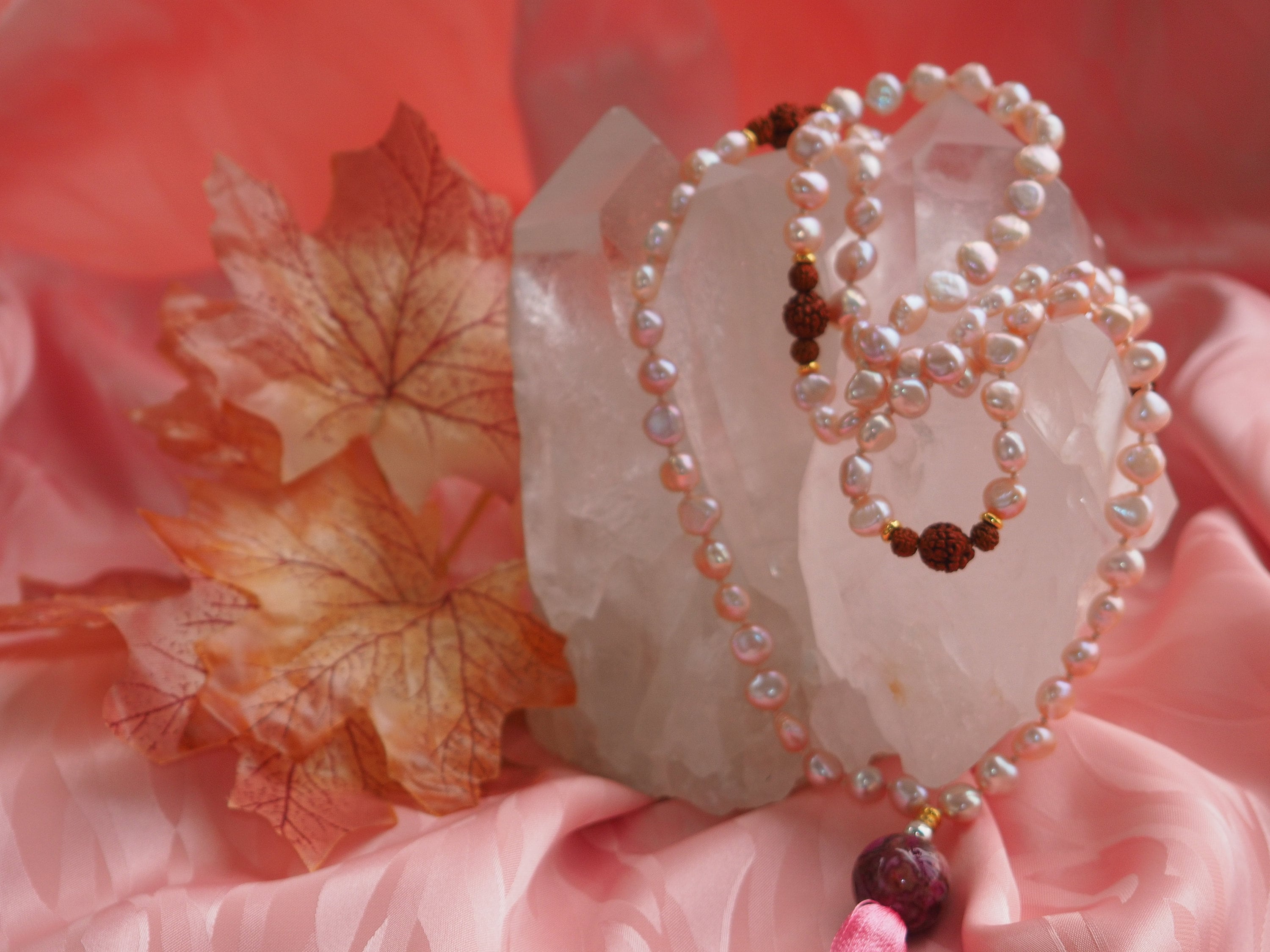 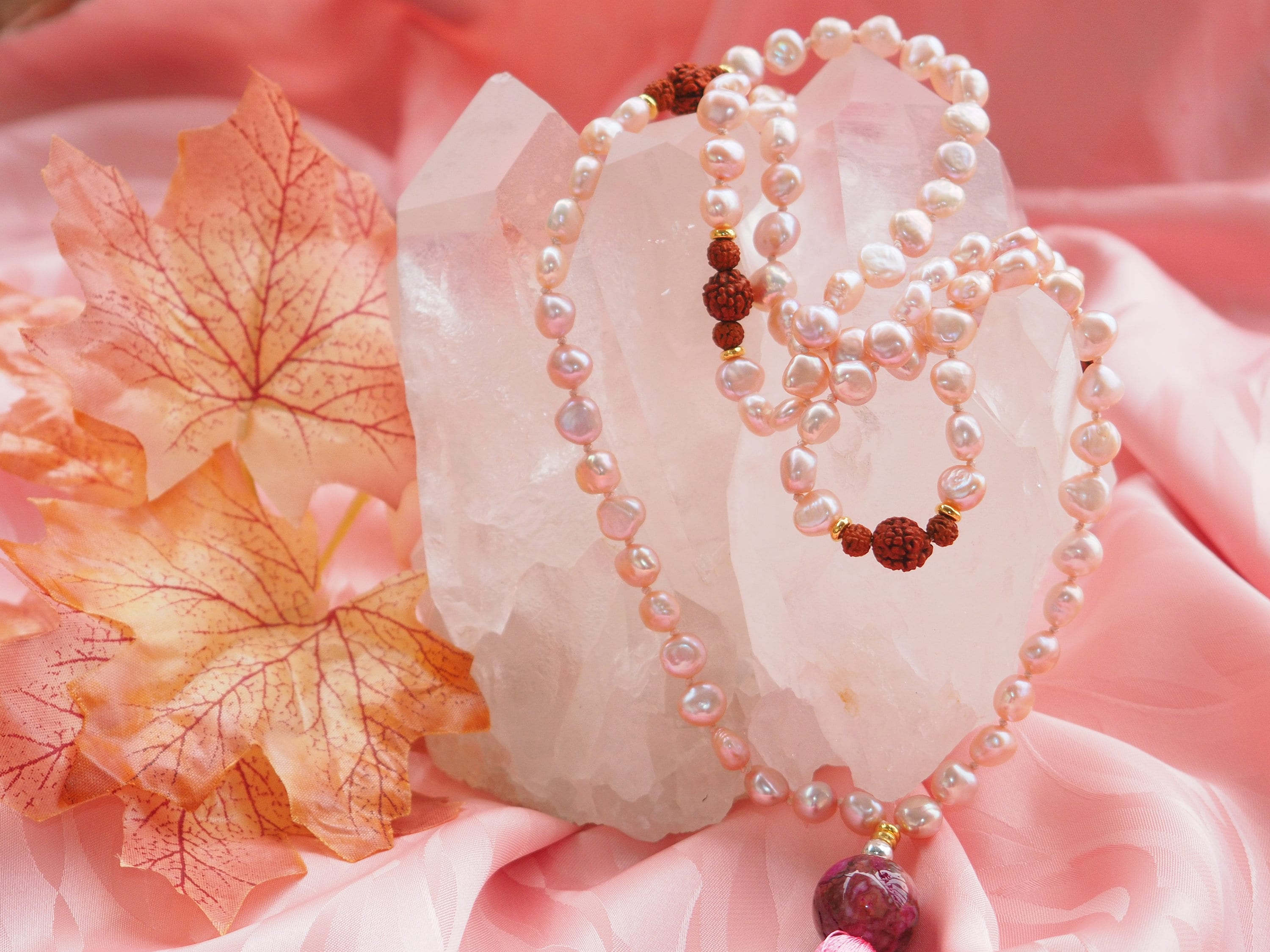 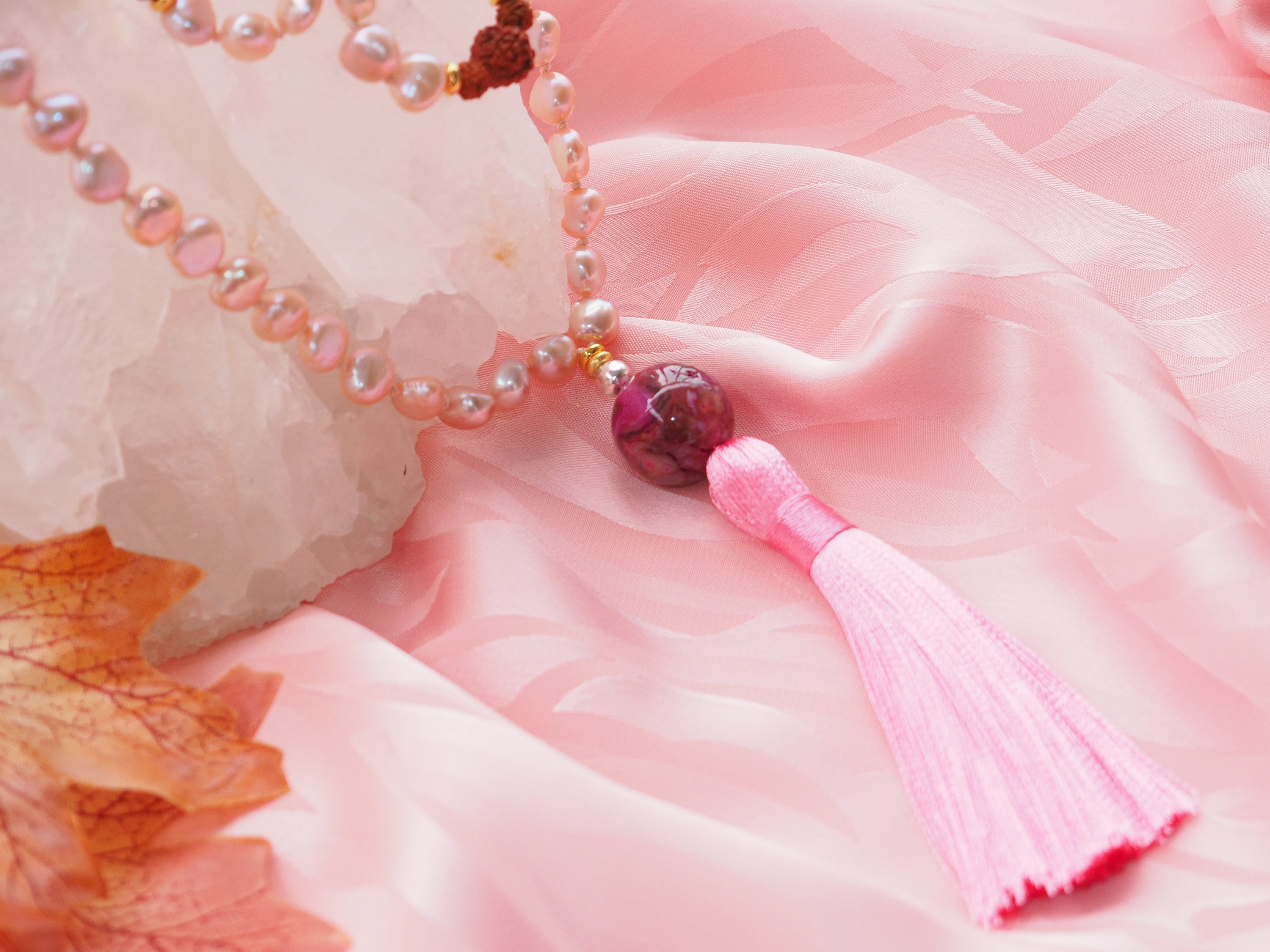 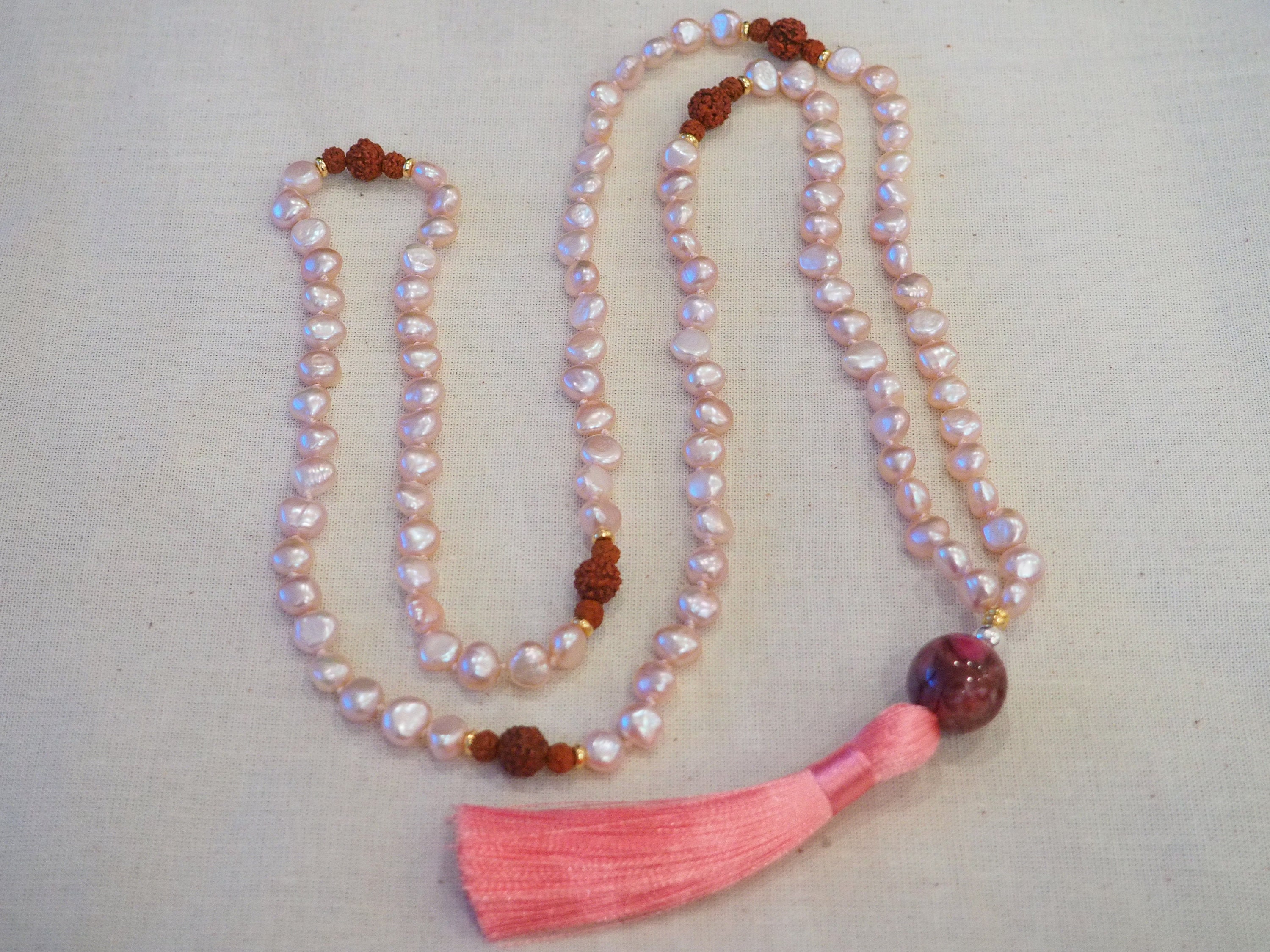 A Japa Mala is much more than a decorative ornament: it is a sacred object that connects us with the divine. A Japa Mala is a type of rosary widely used in Asian spirituality from Hinduism to Buddhism, etc.

Japa Malas are used to meditate, or pray. In fact, that's where their name comes from: Japa refers to the repetition of mantras, while Mala can be translated as a garland.

The number 108 is mystical for Hinduism. One of the greatest representations of this is that the canonical compilation of the Upanishad manuscripts consists of 108 sacred texts written in Sanskrit.

• It is considered a perfect number for having 3 digits, being a multiple of 3 and adding to 9 (3 times 3).
• Represents the happiness of existence.
• There are 108 sacred places in India.
• The body has 108 sacred areas or pressure points (marma).
• Some modern visions state that there are 108 stages of the soul’s path.
• A deep meditation consists, exactly, of 108 deep breaths.
• 108 greetings should be made to the sun to receive the spring equinox.

Giving a Japa mala as a gift is a wish for well-being towards the person to whom we give it to. More importantly, on a higher level, it opens a new spiritual path to the person who receives it. Giving away a Japa Mala conveys a desire to seek greater inner peace, to be able to stop to reflect and become interested in meditation and to contemplate life in a more spiritual way.

People who use the Malas often have a calm and peaceful mind. They also feel protected from low frequency energies, which helps the spiritual practice of meditation and yoga.

The tassel: symbolizes the energy that is born as a result of meditation, also represent the thousand petals of Sahasrara, the crown chakra, which means the spiritual enlightenment achieved.

The guru stone is a symbol of the union of our inner being with the elements of the universe.

A Japa Mala can absorb unwanted energies, especially how often you use it, to clean it is only to leave it in the sunlight for a few hours. Never expose it to the moon.

I gladly accept returns and exchanges

Ship items back to me within: 30 days of delivery

But please contact me if you have any problems with your order.

The following items can't be returned or exchanged

Because of the nature of these items, unless they arrive damaged or defective, I can't accept returns for:

0 items in your cart